Hunting Safari in Mara ,Journey with us on a game safari that lets you witness nature’s greatest wildlife spectacles. Our expert Masai guides are always ready to reveal to you the secrets of the savanna. Masai Mara Game Reserve is a renowned park that offers wonderful wildlife viewing throughout the year. The Masai Mara plains are commonly dominated by an incredible variety of mammals. From large herds of herbivores which include the wildebeest, zebra and Thompson’s gazelle to the famous “Big Five”.

The reptile population in Mara River includes hippos that submerge at the approach of a vehicle, only to surface seconds later to snort and grumble their displeasure. It is also home to the Nile crocodile, the continent’s largest reptile. On several occasions you will spot drowsy crocodiles sunbathing on the riverbanks, mouths agape, waiting for prey at which to strike with lightning swiftness. The region also provides habitat for a variety of birds with over 450 species having been recorded.

The “Big Five” is a term that is used to refer to the 5 African animals that early big game hunters considered most difficult and dangerous animals to hunt on foot in Africa. These animals include the African elephant, lion, leopard, Cape buffalo, and rhinoceros.

This is the largest land animal in the world. Some of the adults can reach up to 3 meters in height. The adult males, bull elephants, are usually solitary creatures while females are generally found in groups led by a matriarch surrounded by younger females and their offspring. Although they are referred by many as gentle giants, elephants can be very dangerous and have been known to charge at vehicles, humans and other animals when they feel threatened. 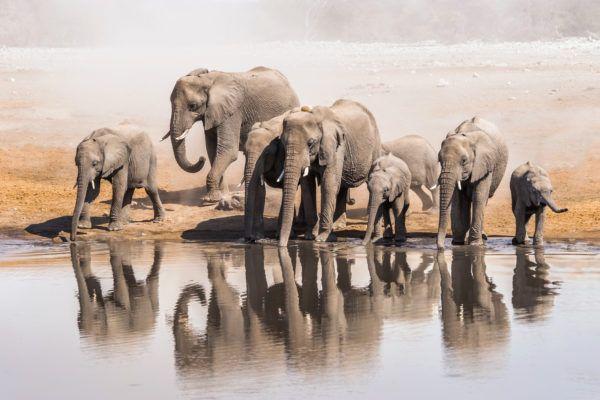 The lion is often called the king of the jungle because it is the fiercest and largest predator on land. Lion’s natural prey includes zebras, impalas, giraffes and other herbivores especially the wildebeest. Lions tend to group themselves in pride of 12. Males are easily distinguished from females with their shaggy manes and are generally much larger. The females, however, do most of the hunting. Although they have been known to attack humans, lions are generally calm animals that do not usually seem threatened by close proximity to people. 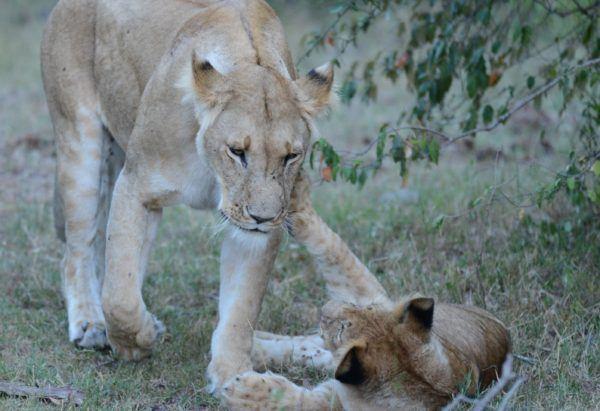 Unlike the lions, leopards are almost always found alone. They are the most elusive of the big five since they mostly hunt during the night. The best time to find them is very early in the morning or at night. During the day you need to look carefully for these animals who usually can be found partially camouflaged in the undergrowth or behind a tree. 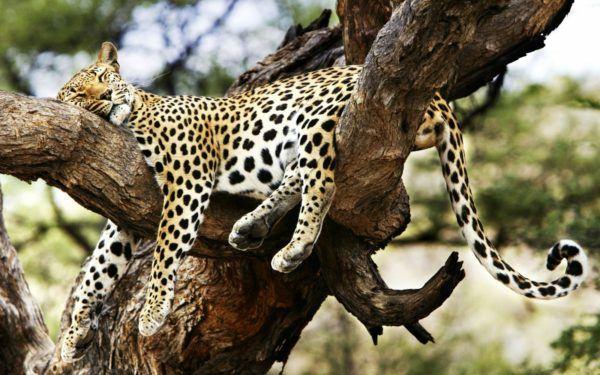 The buffalo is perhaps the most dangerous to humans among the big five. Buffalos are very protective and territorial and when threatened they are known to charge with astonishing speed. The buffalo are mostly found in groups and large herds. They spend most of their times grazing the savanna and floodplains. When approached the dominant bulls will tend to take an aggressive vigilant stand while the other adults gather around the calves to protect them. 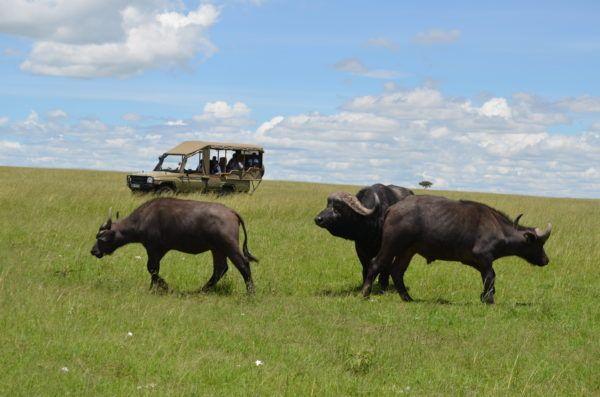 Rhinoceros are an endangered species. Even seeing one at a distance is a rare treat. There are two types of rhinos: the black and white rhinos. The white rhino gets its name not from its colour which is really more yellowish grey but from the Dutch word “weid” which means wide. This is in reference to the animal’s broad, wide mouth. With its square jaw and wide lips, they are able to graze. The black rhino, on the other hand, has a more pointed mouth which it uses to eat leaves from trees and bushes. White rhinos are much larger than the black rhinos and more common. 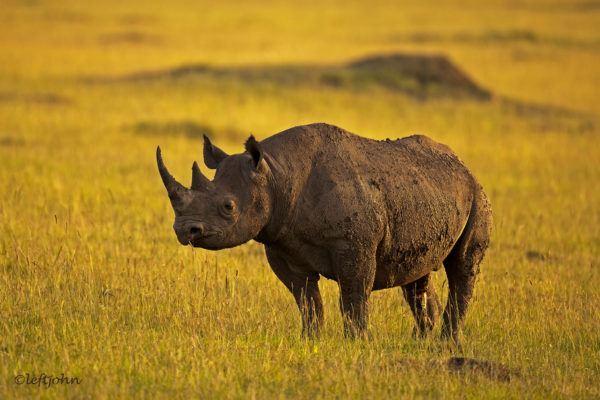 ITS PROHIBITED TO HUNT IN MASAI MARA ,ENJOY  SEEing  THE ANIMAL .  BOOK A SAFARI WITH GLOBAL SAFARIS ,INQUARIES +25477440222 Whats app or email us on