Nairobi – Masai Mara
Pick from your Hotel or JKIA and transferred to Wilson Airport for the scheduled 7:30am flight to the Amboseli National Park. You will be met at the Airstrip and depart on your first game drive en-route to TORTILIS CAMP. Tortilis is a luxury tented camp sitiuted on the edge of the Amboseli National Park. The 15 tents are large and luxurious, with king-size beds and en-suite facilities sheltered. Each tent has huge thatched roof that extends over a large verandah. The camp has magnificent views of Mt. Kilimanjaro and is know for it wonderful food. After lunch there will be an afternoon game drive until dusk.
Amboseli National Park supports a wide range of wildlife particularly elephants roaming in large herds. With Mt. Kilimanjaro in the background it is the scene of many classic African safari shots. A section of the park is a seasonal lake the remainder being swamplands, fed by melting snow from Kilimanjaro and savannah woodland. Overnight at TORTILIS CAMP (LD). 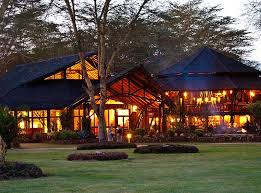 Amboseli
You have a full day available for game viewing in the Amboseli National Park. In between game drives you may wish to take a guided game walk outside the park or relax at the swimming pool. All meals and overnight at TORTILIS CAMP (BLD).

Day 03 : Amboseli – Nairobi – Samburu
After breakfast you will be transferred to the Airstrip for the scheduled 8:30am flight to Nairobi, where you will connect your scheduled flight to Samburu Game Reserve located in Kenya’s arid northern semi-desert country. Samburu is home to the Samburu tribe and many species of wildlife not found in other parts of East Africa. Grevy’s zebra, Reticulated Giraffe, Beisa Oryx, long necked Gerenuk along with cheetah, Elephant, Monkeys and numerous birds are just a few of the species Samburu is famous for. The life-giving Uaso Nyiro river flows through the reserve providing a lush oasis where elephants and other wildlife come to drink.
Upon arrival at the Airstrip you will be by your driver/guide from LARSEN’S CAMP and enjoy a game drive on the way to camp. Situated along the Uaso Nyiro, the luxury tents are set on raised wooden decks, nestled under acacia trees and have comfortable beds with full linens and complete ensuite bathrooms. From the varandah you will enjoy great bird-watching and viewing the wildlife on the river. You will have an afternoon game drive and still have time to relax and enjoy the ambiance of the camp. At night you will sit around the campfire with the spectacular African sky above. Dinner and overnight at LARSEN’S CAMP (BLD).

Day 04 & 05 : Samburu
This morning you will be awakened early and after some coffee or tea and biscuits, depart at dawn on an early morning game drive. After your drive you will return to camp for breakfast and then on a late morning game drive. After lunch and time to relax and do some serious bird-watching, you will depart on a late afternoon game drive when again the light is prefect for photography. Return to the camp early evening in time for drinks around the fire and dinner. Overnight at LARSEN’S CAMP (BLD). 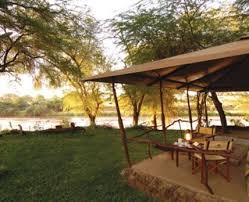 Day 06 : Samburu – Masai Mara
After breakfast you will be transferred to Sam

buru Airstrip and board the scheduled flight to Masai Mara Game Reserve. The mara is actually the northern portion of the great ecosystem in neighboring Tanzania called the Serengeti. It is the home of the “big five” – loin, leopard, buffalo, rhino and elephant as well as cheetah, zebra, giraffe and vast herds of plains antelope and numerous other wildlife.

Your accommodation for the next two nights will be in one of the Mara’s luxury tented lodges, allowing you to experience your nights “in the bush” with all of the comfornts of home. MARA SAROVA TENTED CAMP is situated on a natural elevation between two streams and is set amidst gardens full of exotic flowers. Each luxury canvas tent, has a permanent roof and floor and attached en-suite bathroom including a flush toilet, sink and hot showers. Meals are served in the spectacular thatched roof dining room.

After lunch and some time to relax and perhaps a dip in the pool, you will depart with your driver/guide for an afternoon game drive in search for the big five. The low afternoon light is perfect for photographing the beautiful rolling plains of the Masai Mara. In the early evening as you make your way back to camp, you may get lucky and spot a leopard on the prowl. As the sun starts to set you will return to your camp for dinner and overnight MARA SAROVA TENTED CAMP (BLD) 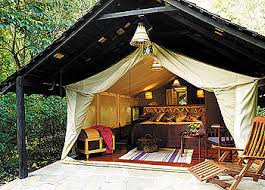 Day 07 & 08 : Masai Mara
On morning game drives you will awake before dawn and set out at sunrise in search of game. In between your morning and afternoon game drive you will have ample time to relax and enjoy the ambiance at your luxury tented camp. All meals and overnight MARA SAROVA TENTED CAMP (BLD)

Day 09: Masai Mara – Nairobi
Arise at dawn for an early morning game drive or perhaps end your safari with a spectacular hot-air balloon ride over the Mara. After breakfast you have the a final game drive as you make your way to the Airstrip for the scheduled flight to Nairobi. Upon arrival, you will be met and transferred to your Hotel or JKIA Airport (B).