The Big 5 On My African Safari

The Big 5 On My African Safari

The Big 5 in Africa are truly amazing especially if you get within inches of animals that could tear your heart out.  “The Big 5” refers to the major animals that you want to see whenever you go on safari; Rhino, Elephant, Lion, Leopard, and Buffalo.  I had an out of world experience when I the cheetah which happens to be my favorite animal since I was a kid.  It was my first safari in Africa that I finally had access to after living in Nairobi for roughly 3 weeks.  I got a great deal on the 3 day safari and I plan on sharing the tour company with everyone as well.  Here are the Big 5 from my safari over the past weekend: 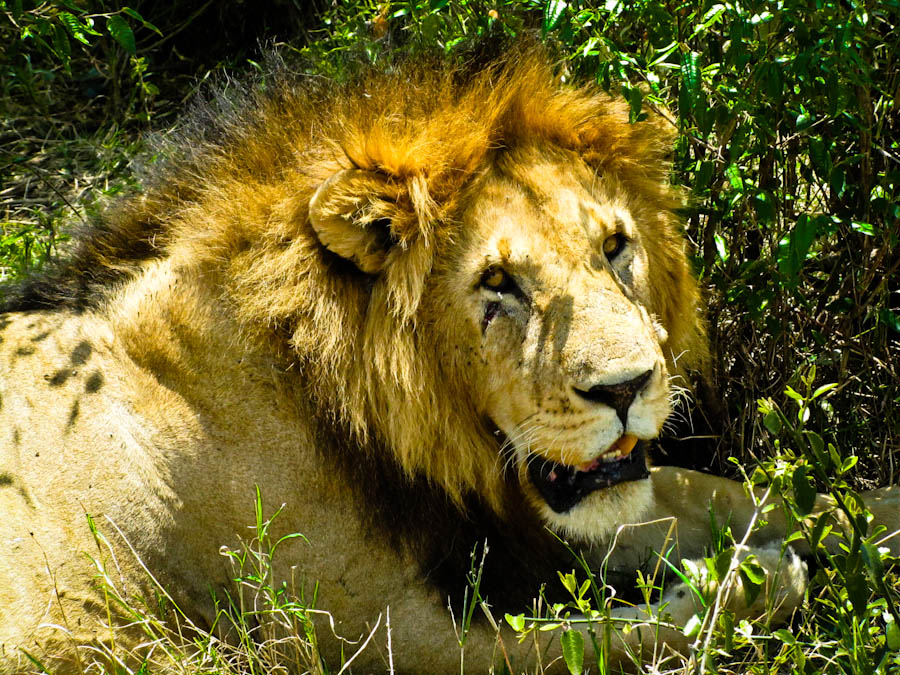 The Lion on Safari in Kenya that I got inches to!

We actually got feet away from this guy when our safari driver spotted the entire pride from a few hundred feet away (30-50 meters).  We thought he was looking at an ostrich but once we arrived we saw a nice pride of roughly 7 lions and there were even two males in the group which was very surprising.  We got so close to the lion that a person in our safari actually closed the windows because he was afraid that something would happen.  I of course was sitting outside on the top of van leaning over trying to get the best picture I could! When in Rome do as the Romans do. 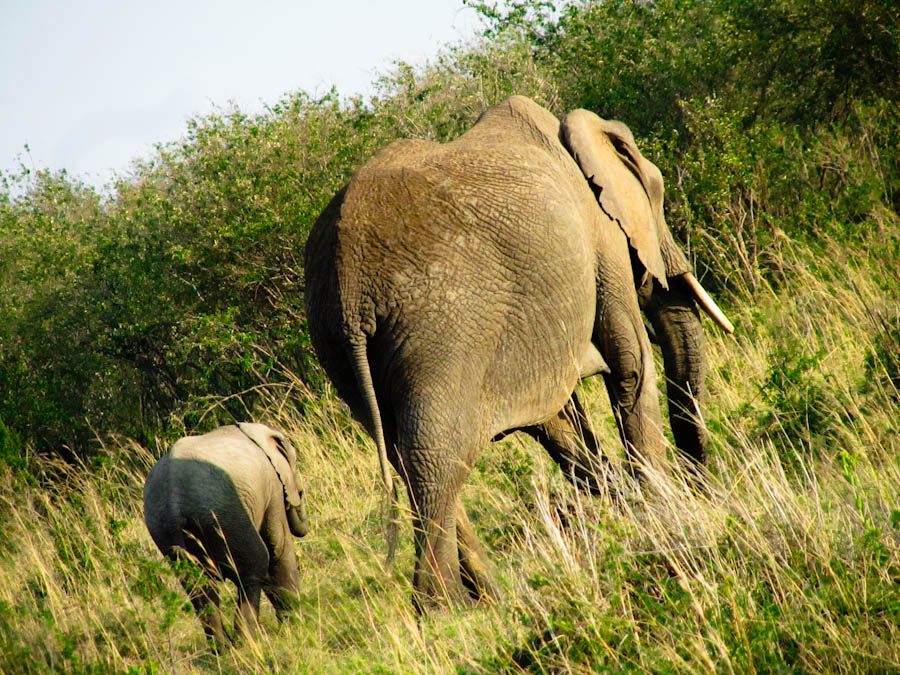 An Elephant with its baby on Safari in Kenya

The Elephant was the very last of The Big 5 that we were able to see.  We did see a huge group of them but they were extremely far away and we couldn’t get very good pictures.  I happened to be the person with the best camera in the group and even I couldn’t zoom that far to get pictures of them.  On the last day we saw a small group which included the little guy on that you see on the left.  He was the cutest thing on the planet since it seemed he had a smile on his face the whole time.  I made sure to show you a picture of the rear instead.  Smart guy huh? 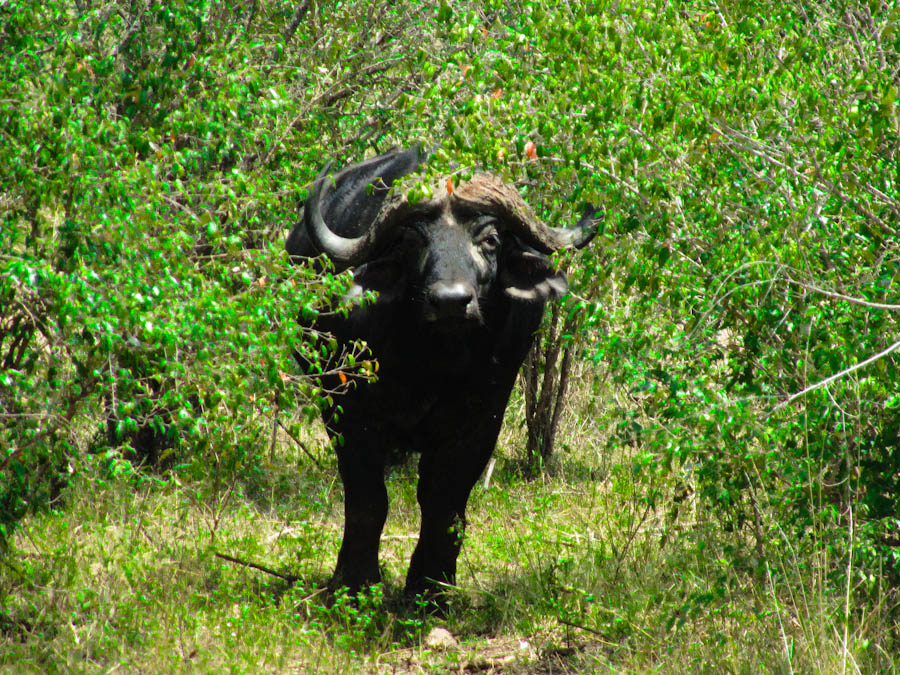 The Big 5 – The Buffalo on my Safari

While we did see some Buffalo on other days this group was much easier to see.  Our safari driver amazed us again after he spotted the group of three Buffalo out of nowhere.  Our 18 year old safari Toyota scared the group out of the bushes and after we drove around to see them this guy was severely pissed off.  He went back into the bushes and just stood there inching closer and closer until the driver decided to leave.  After speaking with one of the park rangers the same buffaloes happened to charge the rangers a week ago.  It was good luck that they didn’t charge us I guess. 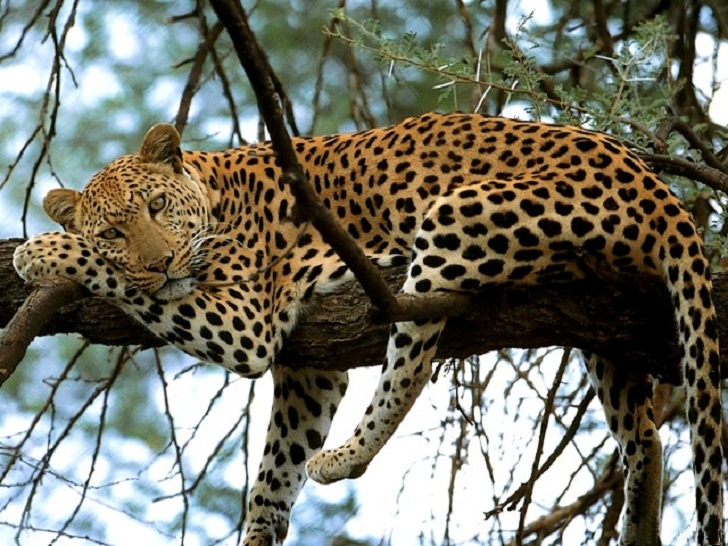 The Big 5 isn’t the same if you don’t see the Leopard and unfortunately this is the hardest animal to see.  They are very shy and are usually out at night.  It really doesn’t help when they hang out in trees all the time either!  We saw the best amount of animals (not the most) in the early morning and late afternoon.  During the day the animals are usually relaxing instead of out and being active.  My favorite is still the cheetah! Sorry Mr. Leopard. 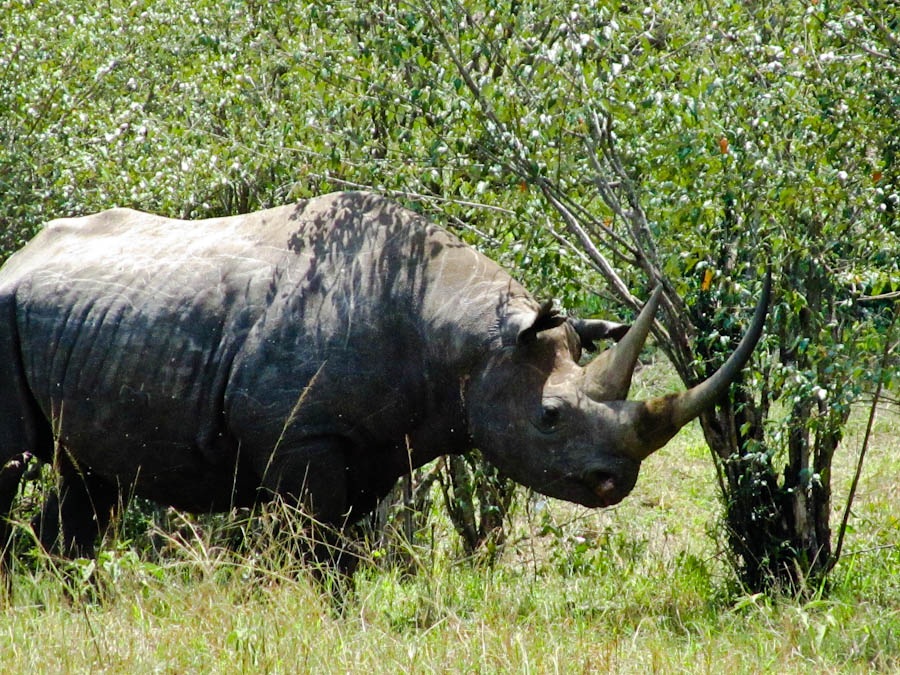 It was surreal to see the Rhino especially since we had to turn on the 4X4 and drive through what seemed like the bumpiest part of the safari to get there.  This is the only decent shot that I have of him since once we got there he immediately headed into the bushes and sat down.  We were the third car to get there but I honestly think he didn’t like my hair cut (bad hair day for me).  We only spent about 10 minutes watching him since we couldn’t see him that well.

And there are my Big 5 of Africa!  It was very strange at first since all I was able to see are thousands of wildebeest and zebras.  It really became special when I realized I was on safari in Africa once I saw the more unique animals like the lion and even giraffes.  I even saw some pretty cool things like a vulture waiting for a wildebeest to die and starting to pick at it while it was still alive.  Looking forward to sharing more information about budget safaris so you won’t get overcharged.