Park in Nairobi, This was  established in 1946 and is the first National Park in Kenya. It is located approximately 7 kilometres south of the centre of Nairobi, Kenya’s capital city, with only a fence separating the park’s wildlife from the metropolis. Nairobi’s skyscrapers can be seen from their. Indeed, the proximity of urban and natural environments has caused conflicts between the animals and local people and threatens animals’ migration routes. The 1 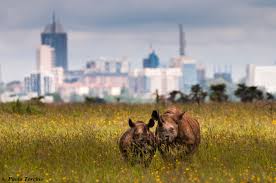 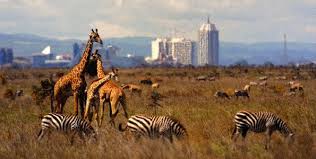 being the only protected area in the world with a variety of animals and birds close to a capital city. As expected, the game is a principal attraction for visitors to Nairobi. Still, despite its proximity to civilization and relative small size for an African national park, it boasts a large and varied wildlife population.Nairobi National Park Its Kenya’s first ever unique and unspoiled wildlife haven within sight of the city’s skyline. Rhino, buffalo, cheetah, zebra, giraffe, lion and plenty of antelopes and gazelles can be seen roaming in this open plains country with a section of highland forest as well as stretches of broken bush country, deep, rocky valleys and gorges with scrub and long grass. 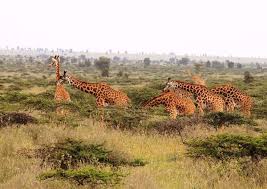