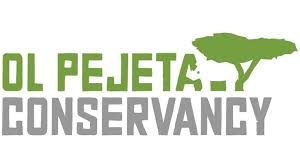 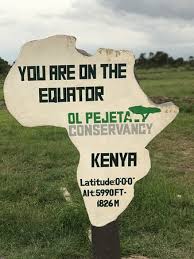 Watch for wildlife on morning and afternoon game drives through a park that’s home to the world’s three remaining northern white rhino.
In this park you will enjoy front-row views of a watering hole at a safari lodge.
This full-day  tour to Ol Pejeta wildlife conservancy .
Tour includes pickup and drop-off in Nairobi, game drives, and entrance fe

Get an early start on the day with 6am pickup at your accommodations in Nairobi, then begin the 2.5-hour trip to Nanyuki town, where you’ll stretch your legs by the official equator line.
Continue another 15 minutes to Ol Pejeta Conservancy for the first, two-hour game drive of the day. Explore the park’s northern area, which is home to a plentiful population of chimpanzees, and keep watch for some of the “Big Five” that live within the conservanc

You’ll also have time to watch animals come and go from the watering hole that adjoins the safari camp.
Depart the safari camp at 2pm for an afternoon game drive through the eastern side of the park, where you can visit a resident blind rhino, and try to spot some of the three northern white rhino that live within the park’s boundaries.
Following the second, two-hour game drive and  travel back to Nairobi also where this tour concludes with drop-off at your hotel or the Nairobi airport at roughly 7pm.

Here you will have a stopover at the equator crossing. This is an imaginary line that divides the earth into 2 hemispheres: north and south. There is a big sign where you will be able to take a photo saying you are now crossing the equator then proceed with the journey and arrive in time for lunch.

In the afternoon you will depart for a game viewing drive in the conservancy. Return back to the camp for a sumptuous buffet dinner ending with good time for resting at the camp/lodge.

Ol Pejeta is a privately owned conservancy, overlooking the peaks of Mount Kenya. The conservancy has a great number of wildlife including all the big five animals (elephant, rhino, lion, leopard, and buffalo) among other game. The conservancy also has a special sanctuary that shelters several the rare and endangered species including black rhino, Grevy’s zebra, the Jackson’s hartebeest, and Chimpanzees. The Chimpanzee sanctuary is the only one in Kenya. It is a home for orphaned and abused chimpanzees, rehabilitating them to help them learn to live by themselves as in their own habitat.

Later have dinner and overnight at the camp/ lodge

Early breakfast at the camp and thereafter proceed for a morning game drive till around 11 am. Thereafter, check out of the camp with packed lunch to arrive Nairobi in the evening with drop off at your hotel or at the airport.

Inclusions in the cost: