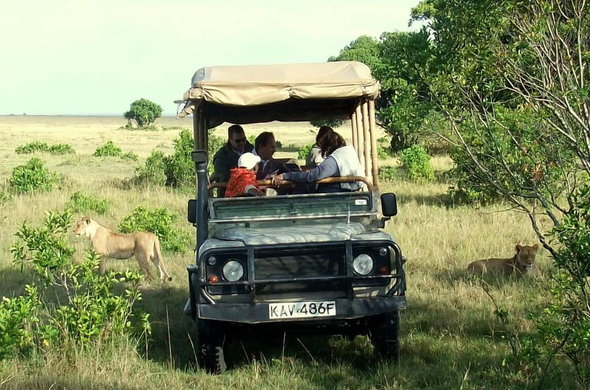 Eexperience the contrasts in the African landscape, from the semi-desert landscape of the Samburu to the savannas of the Masai Mara and the Tsavo West National Park.

See the Elephants that have adapted to life in the semi-arid ,Samburu region as well as the Beisa oryx and long necked Gerenuk antelope.

Learn about the culture of the Samburu tribe with their beautiful beadwork and colourful dress.
Delight in the spectacle of plains teeming with wildebeest, zebra and gazelle closely followed by lion and other predators in the Masai Mara.

Fly to the volcanic landscape of the Chyulu Hills in the Tsavo West National Park which forms part of one of the largest conservation areas on the Planet.

Here you can see rhino and the other members of the Big Five, as well as enjoy some of the best hippo viewing in Kenya. 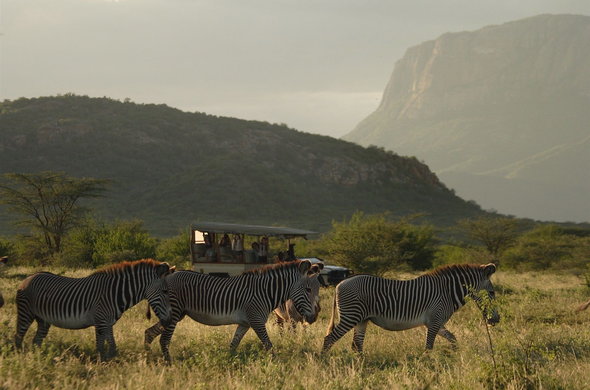 Continue your journey with a flight to a bush airstrip in the Masai Mara. Here you will spend the next 3 nights at a Masai Mara camp.

Take some time exploring one of Africa’s iconic safari destinations where you can see the great migration and the many predators that feed on this magnificent spectacle. Go on guided game drives, lead by Maasai Warriors or really experience the bush on foot through an interpretive bush walk.

Stop off for sundowners and watch the colours of the sky change as the sun sets. Then discover the region’s nocturnal animals such as a leopard, hyena and lion on the prowl during a night game drive before returning to your Kenya luxury camp.

Optional activities include a visit to a traditional Maasai homestead or taking to the sky with a hot air balloon safari, which is truly one of the most tranquil wildlife experiences. 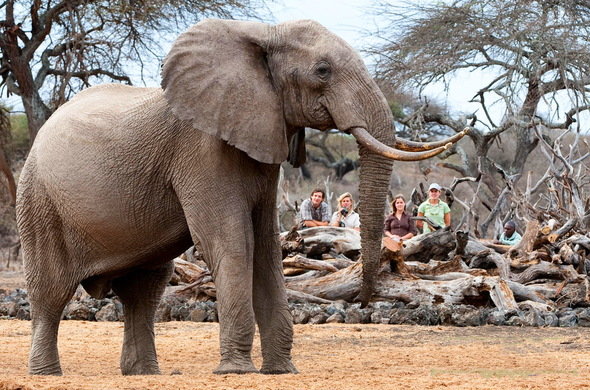 On the morning of day 7, you will fly to the Chyulu Hills in the Tsavo West National Park. Track elephant, lion, leopard, buffalo and rhino under the guidance of an expert guide.

On a game drive, you can visit the Mzima Springs, whose source is from a natural reservoir under the Chyulu Hills and are crystal clear, affording some of the best Hippo watching in Kenya. 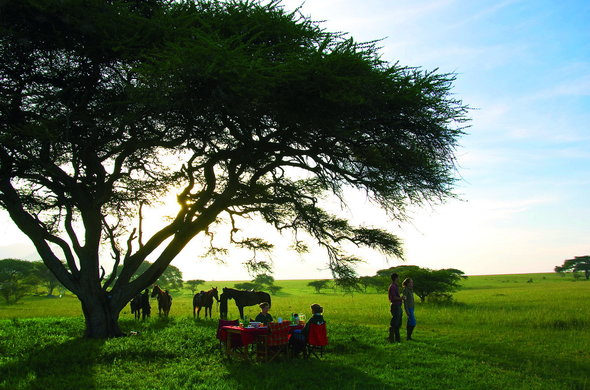 You can go horse riding, novice to professional, or mountain biking or even hiking here. There is an open air hide for some excellent game viewing and even sleep-outs on private “star beds” for the more adventurous.

There may be time for one last early morning game drive followed by breakfast back at your Kenyan luxury camp before boarding a flight to Nairobi’s Wilson Airport, for your onward travel arrangements.

To inquire any of our safaris  wrute to us on